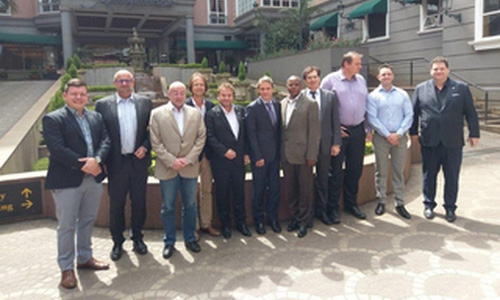 Under umbrella of Austrian-Kenyan Society companies and investors get a come together in Nairobi / Kenya. 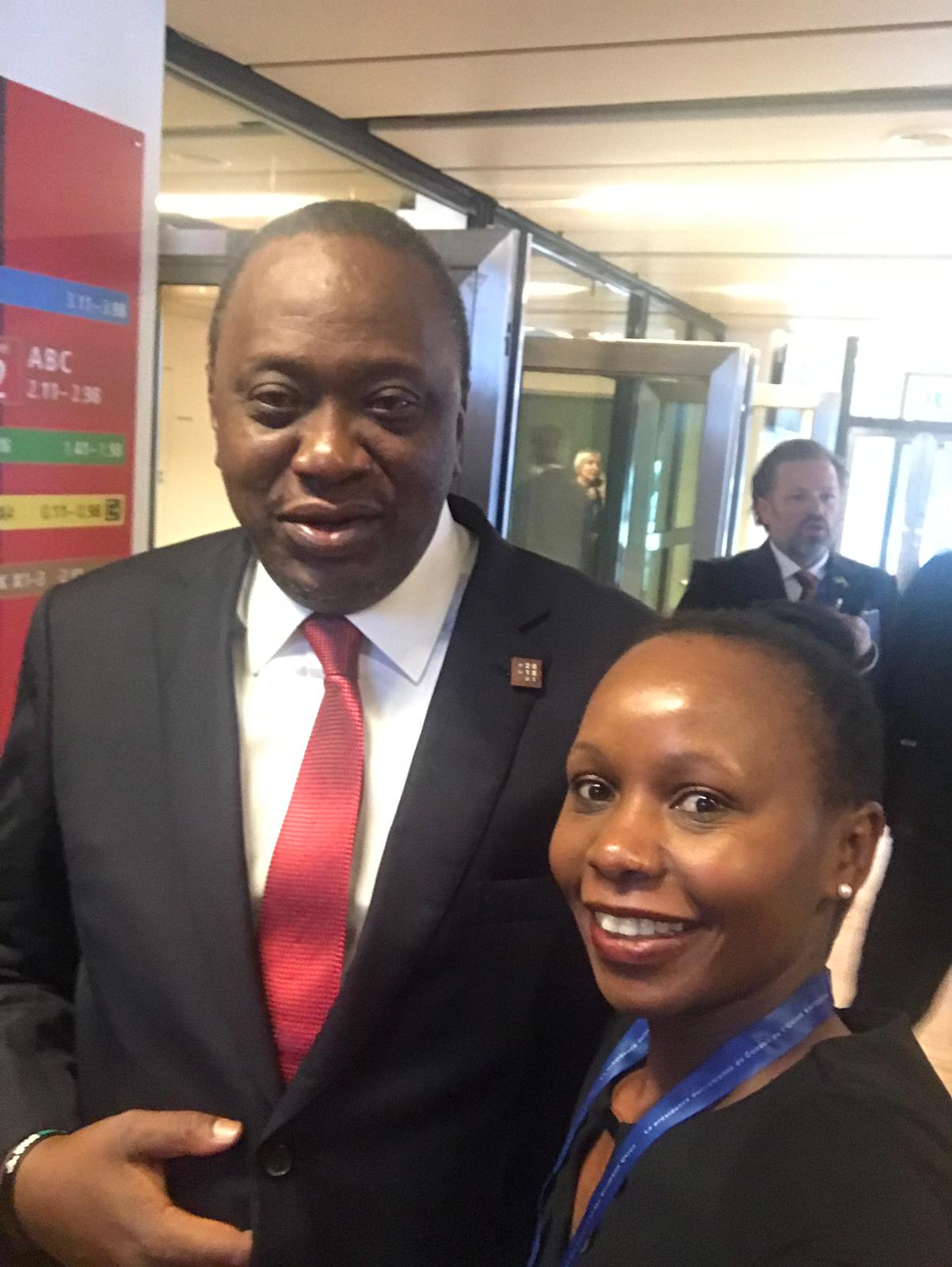 The high-level forum Africa-Europe titled ‘taking cooperation to the digital age’ took place on the 18th December 2018. It was jointly hosted by the Austrian Presidency of the European Union Chancellor Sebastian Kurz, Paul Kagame President of Rwanda and the Chairman of the African Union for 2018, European union President Jean-Claude Juncker.

In attendance were African and European heads of state accompanied by ministers, CEOs of major global companies, young entrepreneurs and innovators, investors, United Nation and international financial institutions. The speakers talked about what needs to be done to deepen the relationship between the two continents with a specific focus on digitalization.

Europe ambition is to create a true and fair partnership between the two continents.

The forum highlighted the untapped potential for stronger partnership in technology exchange and trade.

The Austrian-Kenyan Association was also in attendance represented by the CEO Elizabeth Muringi Hartig and Business development representative Mr. Hans-Jörg Kranzinger. With the network created on that event AKS can in the future involve more partners to encourage the partnership between Austrian and Kenyan through organising events and business trips. 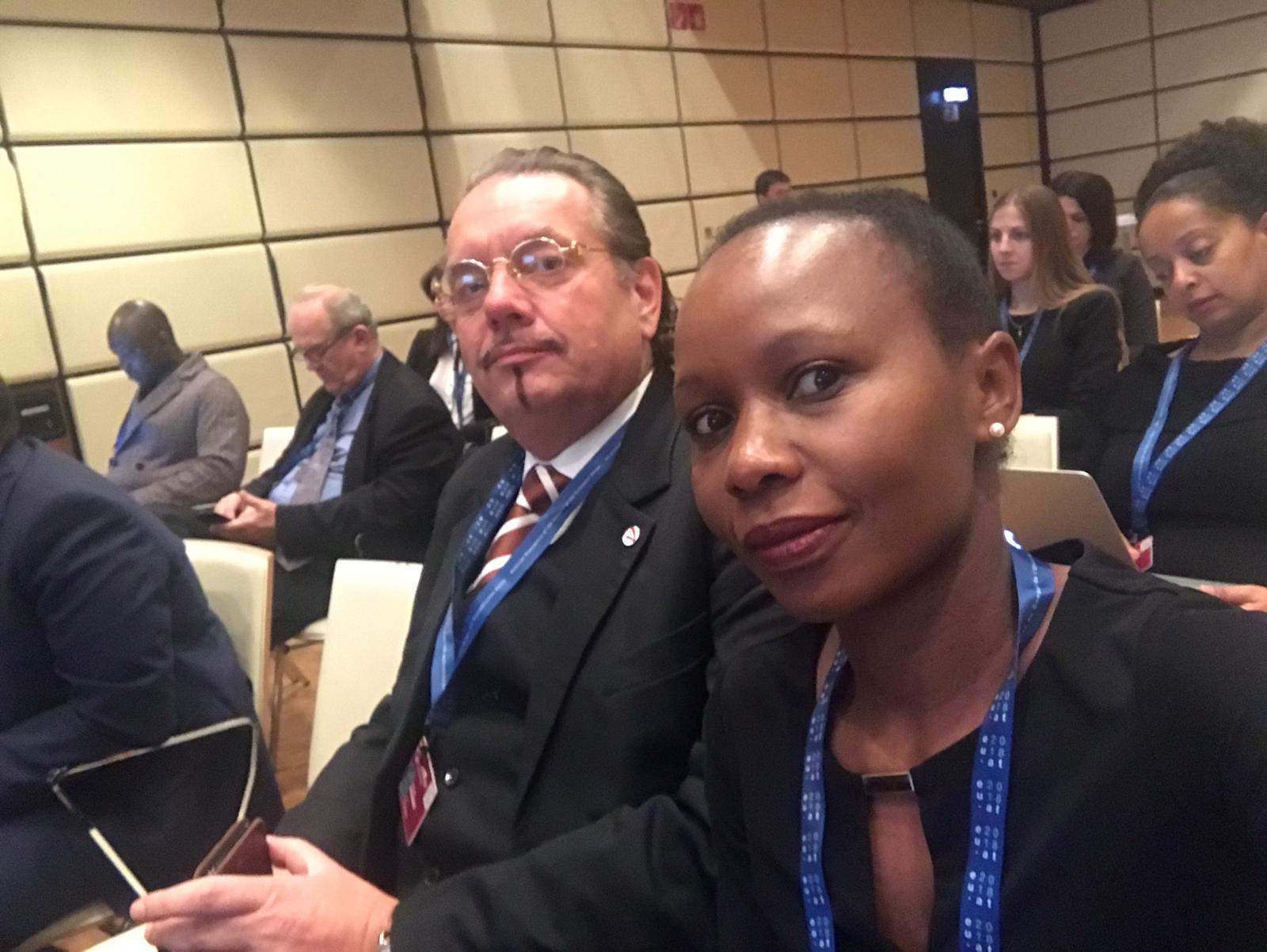 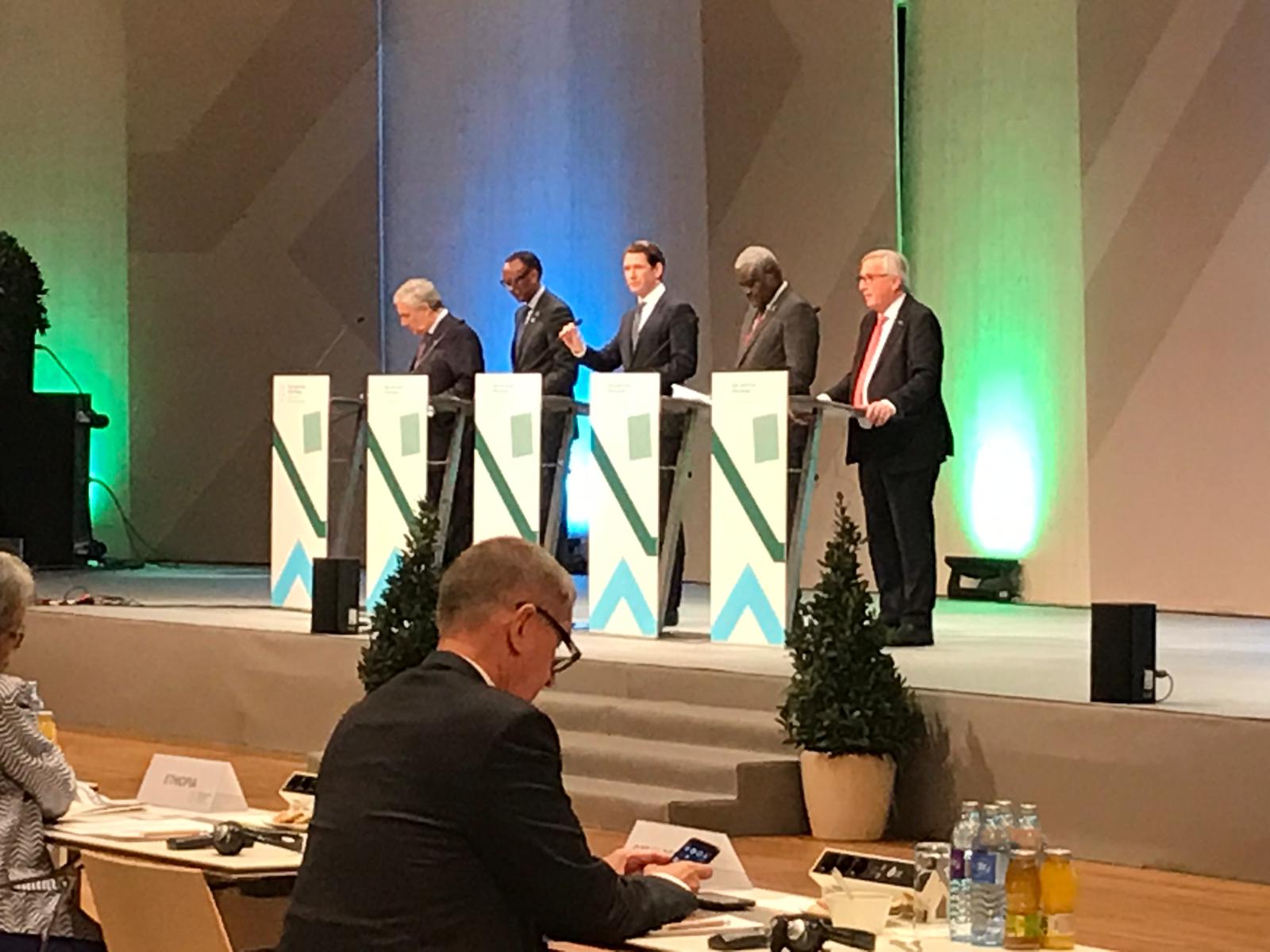 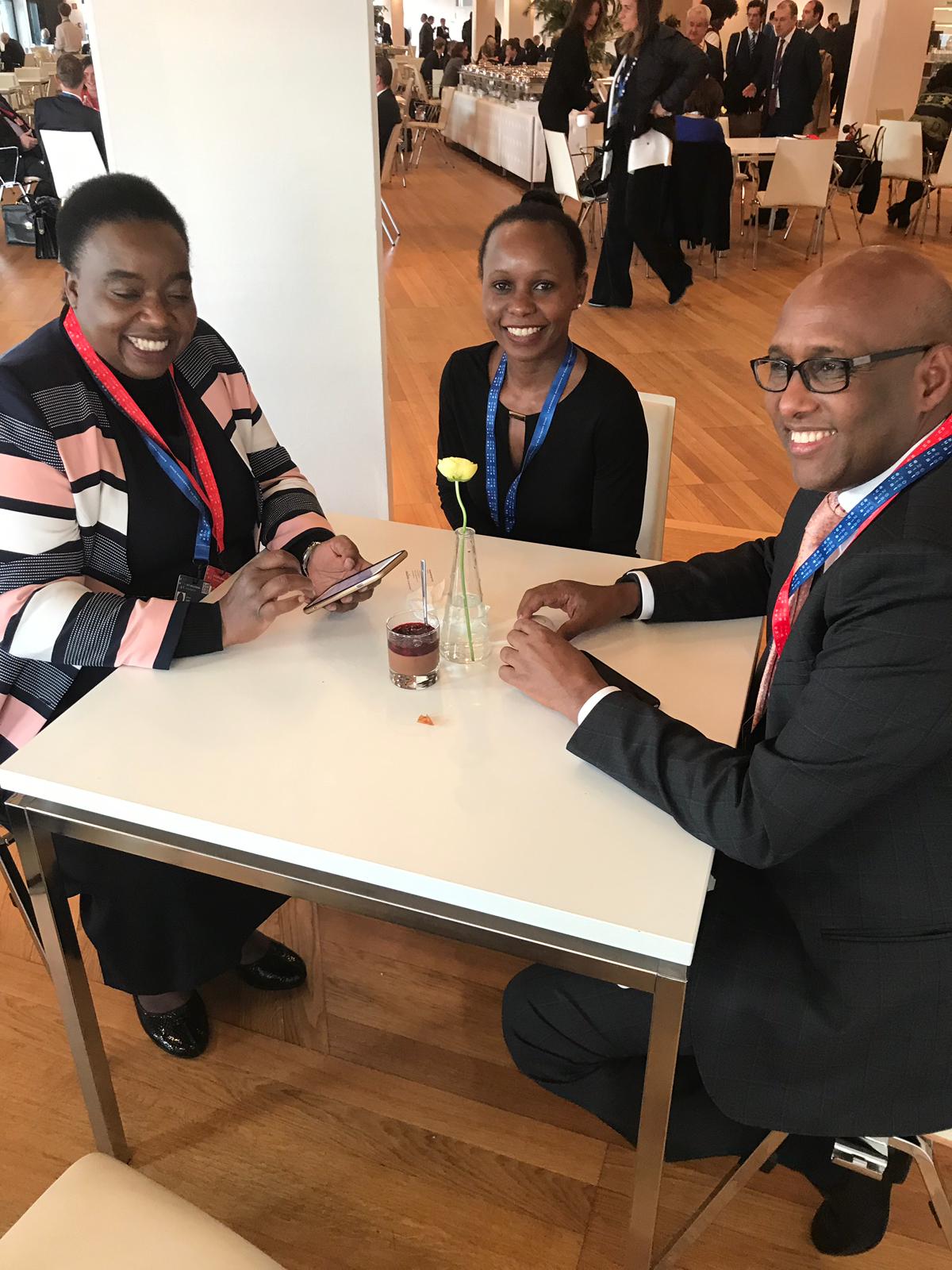 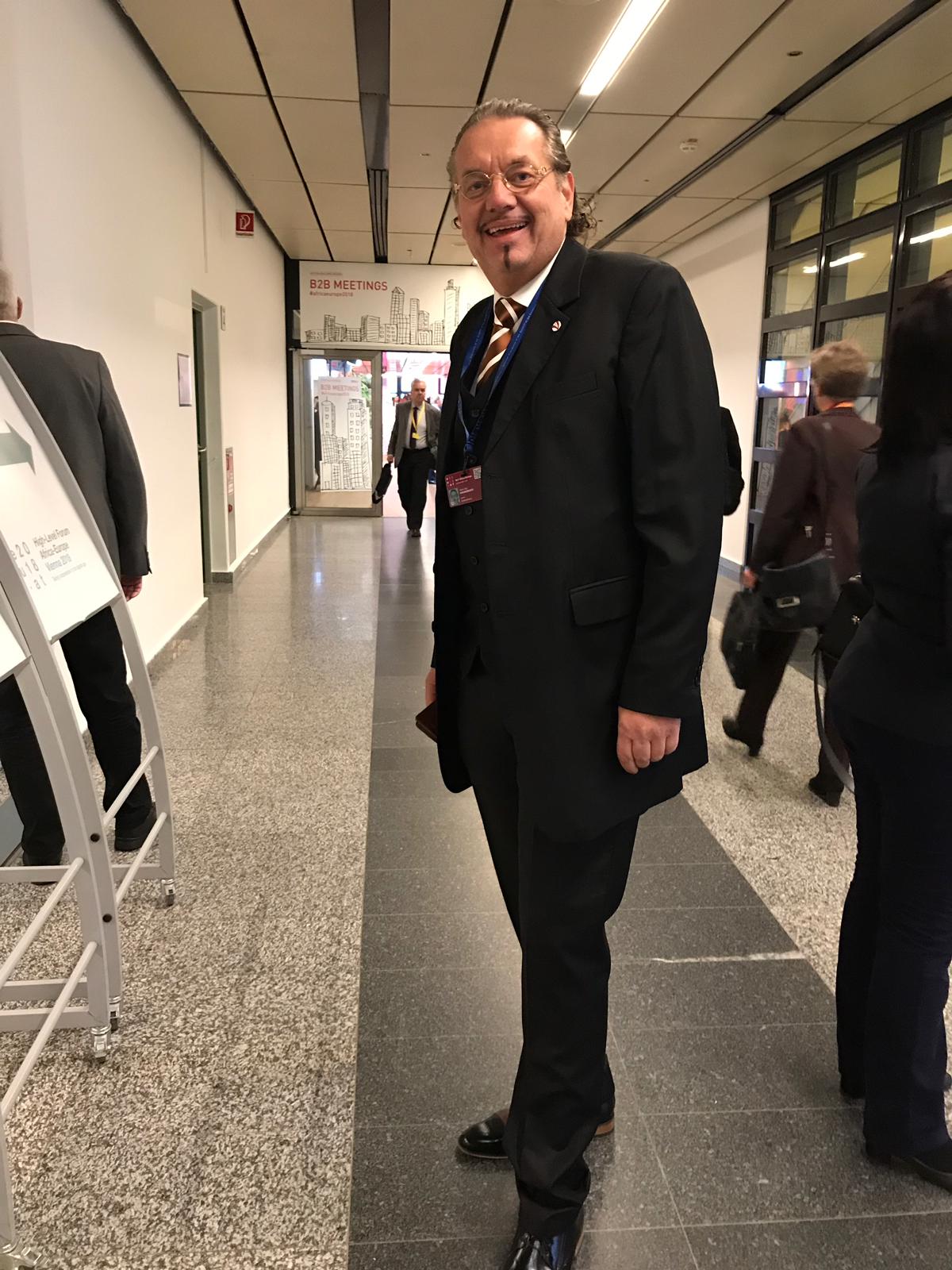 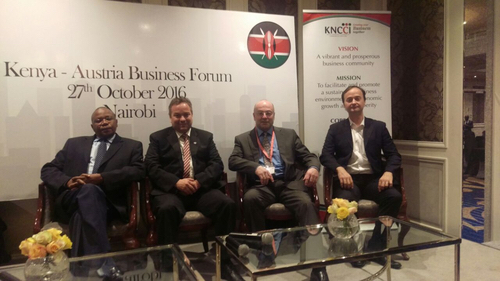 Kenya- Austria Business Forum held in Kempinski Villa Rosa. The Forum was officiated by Austrian foreign Affairs Minister Mr. Sebastian Kurz, Mr. Christoph Leitl President of the Austrian Federal Economic Chamber and a delegation of businessmen / women from both countries attended where they had an opportunity to exchange, share and discover business ventures between the two countries. The event was also to strengthen business relations between the two countries. The mission of AKS in the delegation was to support business connection outside the chamber of commerce. 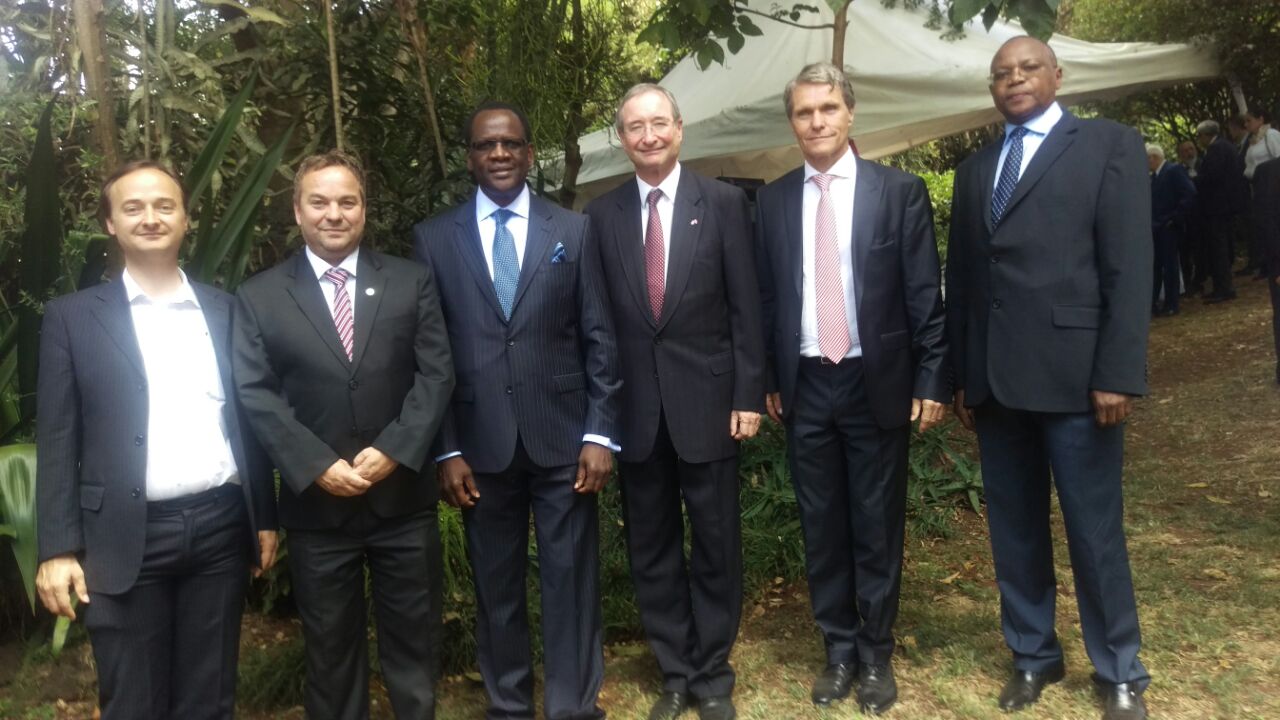 His Excellency Dr. Harald Günther invited the whole delegation to celebrate Austrians National Day in a nice environment of other Austrian residents at the embassy of the Federal Republic of Austria in Nairobi.

17th of Nov 2016 AKS inauguration at Kenyan's embassy in Vienna 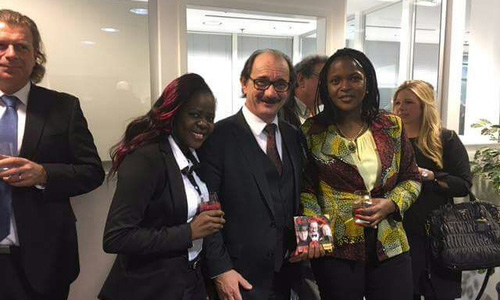 Official launch of Austrian Kenyan Society (AKS) held at the Kenyan Embassy in Austria on 17th Nov 2016. Senator h.c Walter J. Gerbautz who is the secretary General of PAN officiated the event. Ambassador Michael Oyugi was the host of the event. This was a sign that the association was recognized by the government of Kenya and also accepted as one of the association under the wing of PAN. Mr. Willy Koblizek was recognised as the president of the association with Mr. Edward Wokabi as the vice president. Treasurer Micheal Maresch, second controller Wanjiku Wokabi, Armin Probst Reporter. The main aim is to build bridges between Austria and Kenya and to offer opportunities of business contacts. Kenyans living in Austria and Austrians were both present at the inauguration. 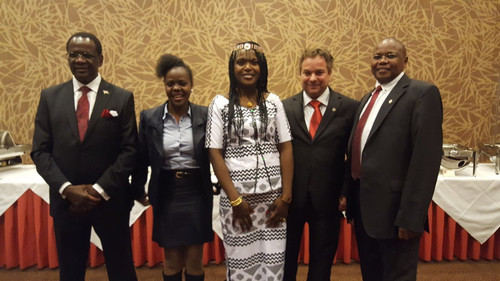 Members of AKS were invited by Ambassador Michael Oyugi to this day which is officially meant to mark the date of the independence of Kenya.

Madaraka Day is normally on the 1st of June and it commemorates the day that Kenya attained internal self-rule in 1963. The host of the event was Mr James. The event was attended by a large number of Kenyans living in Austria, Ambassador Michael Oyugi, members of AKS and other guests were also present at this event. It was a jovial atmosphere typical for Kenyan people with African music played by the DJ's present, Kenyan Nyama Choma which is barbecued meat that kenyans enjoy eating during gatherings of friends and families.